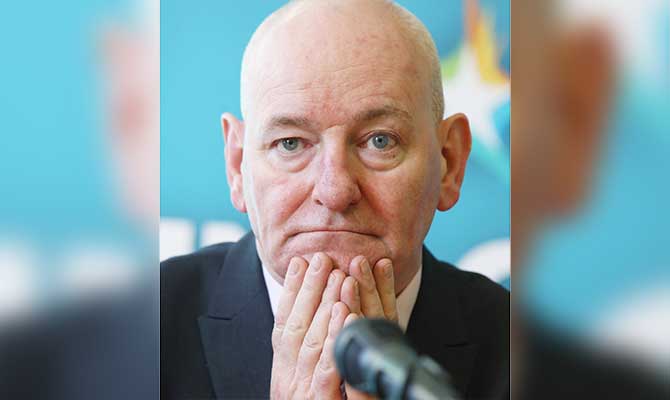 FINE GAEL’S acquisition of former SDLP leader Mark Durkan to its Euro election ticket in Dublin has been characterised as a brilliant coup by Leo Varadkar. It seriously embarrassed Fianna Fáil following its recent, abortive bid for a merger with the SDLP and it is just one more example of how Vlad has stolen – or been allowed to steal – FF’s clothes as ‘The Republican Party’. But for FF members, the truth is even less palatable – Durkan had made himself available to Martin as far back as two years ago and again more recently.

In 2007 Durkan, then leader of the SDLP, welcomed Bertie Ahern’s statement of intent to organise on a 32-county basis, saying he saw “huge opportunity” for new partnership and co-operation.
Another irony, given recent developments, was FG leader Enda Kenny’s condemnation at the time of an SDLP move into a formal or exclusive relationship with any one party in the south, warning it would be politically damaging to the SDLP.

In the event, unity moves were stymied by the economic crash as well as FF’s political crash.

Following the loss of his Westminster seat for Foyle to Sinn Féin’s Elisha McCallion in June 2017, Durkan was at something of a loose end. However, with the revived proposition of a FF/SDLP merger resulting in closer contacts between the two parties, Durkan saw an opportunity to revive his political career the following year. Two Seanad by-elections were due to take place and Durkan engaged in talks with senior figures in the FF leadership, making clear his eagerness to run for the party. However, Mount Street HQ and Martin appeared not to be enthusiastic, partly due to the candidacy of ex-party TD, Donegal-based Niall Blaney, in both Seanad contests.

Martin’s hesitation was even more remarkable given Varadkar’s willingness to strike a deal whereby the parties would agree to support Durkan and Ian Marshall, the anti-Brexit Unionist and former Ulster Farmers’ Union president, for the two seats. This would have guaranteed a seat for each party and both would appear progressive on the north, to the exclusion of Sinn Féin. 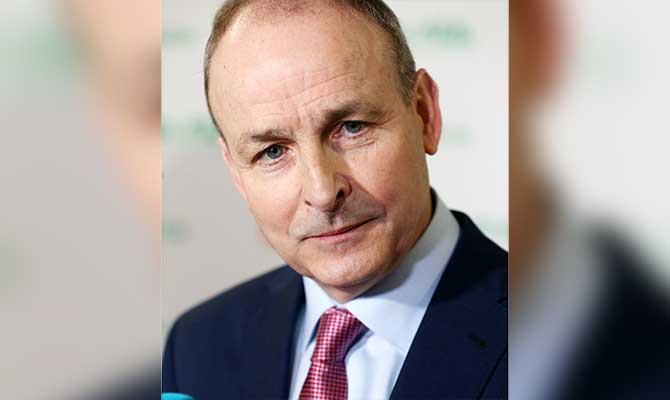 In the event, Martin’s paralysis saw Vlad wiping his eye by taking both seats, with Marshall taking one and former TD Anthony Lawlor taking the other.

Undeterred, Durkan again made himself available to Martin as the search for candidates in the upcoming Euro elections gathered pace.

As has been noted in coverage of Durkan’s FG candidacy in the Euro Dublin constituency, Durkan is to remain resident in Derry, which he hopes will be neutralised by his statesmanlike, SDLP pedigree etc. But his pitch to FF some months back was that he would run for the Midlands-North-West constituency, which makes more sense geographically and politically.

Again, despite or perhaps because of the fiasco of the FF/SDLP merger talks, Durkan was held at arm’s length and FF proceeded to organise a convention with no sign of Durkan or any intention of adding him to the ticket later.

Durkan held his counsel publicly during the FF/SDLP merger talks, but was regarded as onside for the proposal, now abandoned, leaving the SDLP up the creek without a deal. FF can hardly complain about Durkan’s shift to the Blueshirts while Martin’s northern policy is about as coherent as Theresa May on Brexit. He allowed Varadkar to posture as the Free State friend of northern Catholics; he continually accuses the government of being too aggressive towards the British government over Brexit; and he has seriously weakened the SDLP in the face of obliteration by SF in the north.

A measure of just how SDLP members feel about both Durkan and the two main southern parties’ machinations is that they had believed Durkan would run again in Foyle as it was felt this was the best hope of taking back one of their Westminster seats.

The SDLP is now casting around for a replacement, with Durkan’s niece being one of several political unknowns being mentioned.