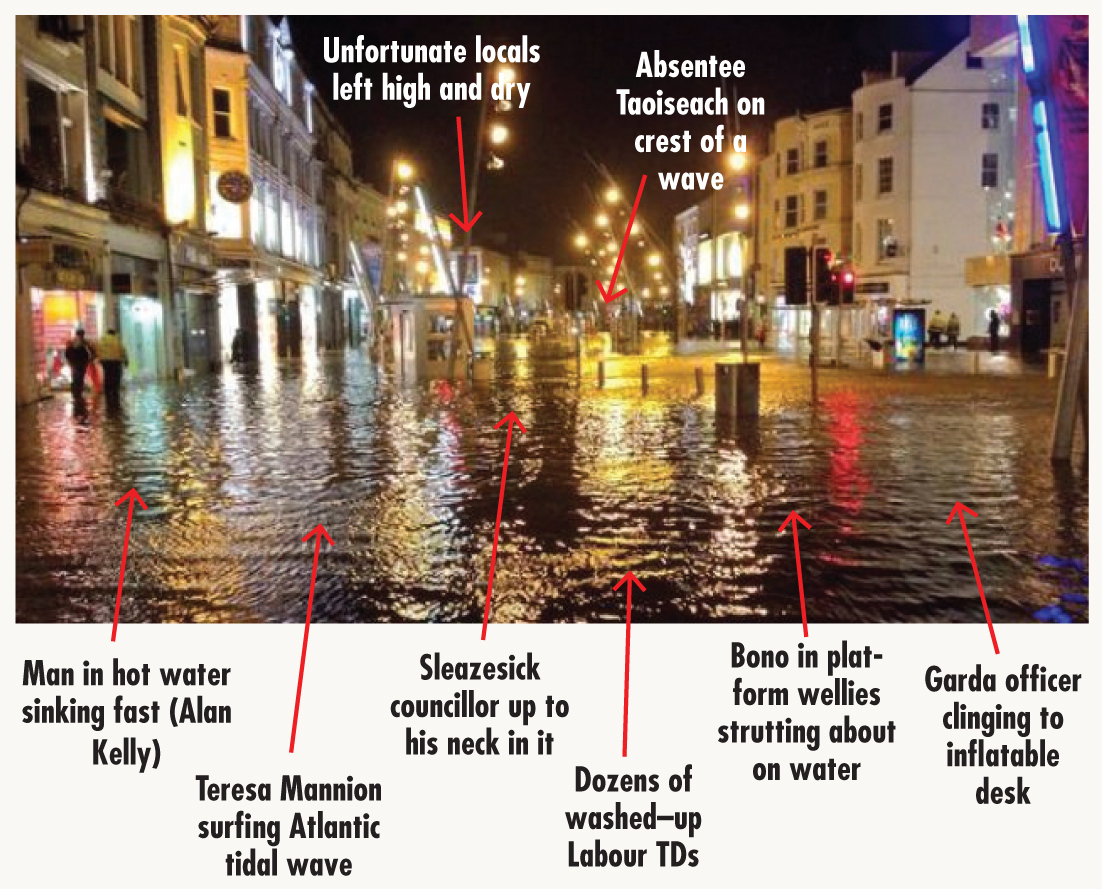 WITH ADVERSE weather conditions continuing to cause havoc across Central Dublin last night, there were harrowing scenes in Kildare Street when unprecedented floods of tears left over a hundred people stranded and fearing for their political lives.
Leinster House was particularly badly hit, with unprecedented floods rising to above shoulder level, as ministers lined up to express sympathy for people affected by rivers bursting their banks.
“One minute we were all enjoying a well-earned rest while Michael Noonan explained how the Banking Inquiry fiasco was such a great success,” said one ashen-faced TD, “and then suddenly the water level started rising when the Taoiseach spoke at length about his deep personal concern for the victims of Storm Desmond.”
The situation worsened considerably as environment minister Alan Kelly burst into tears and water began lapping around Simon Coveney and Frances Fitzgerald.
“It was amazing how the floodgates just opened,” said another deputy. “Thanks to this terrible disaster, we now have a golden opportunity to cry crocodile tears and hope that voters will look kindly on us in the run-up to the forthcoming election.” 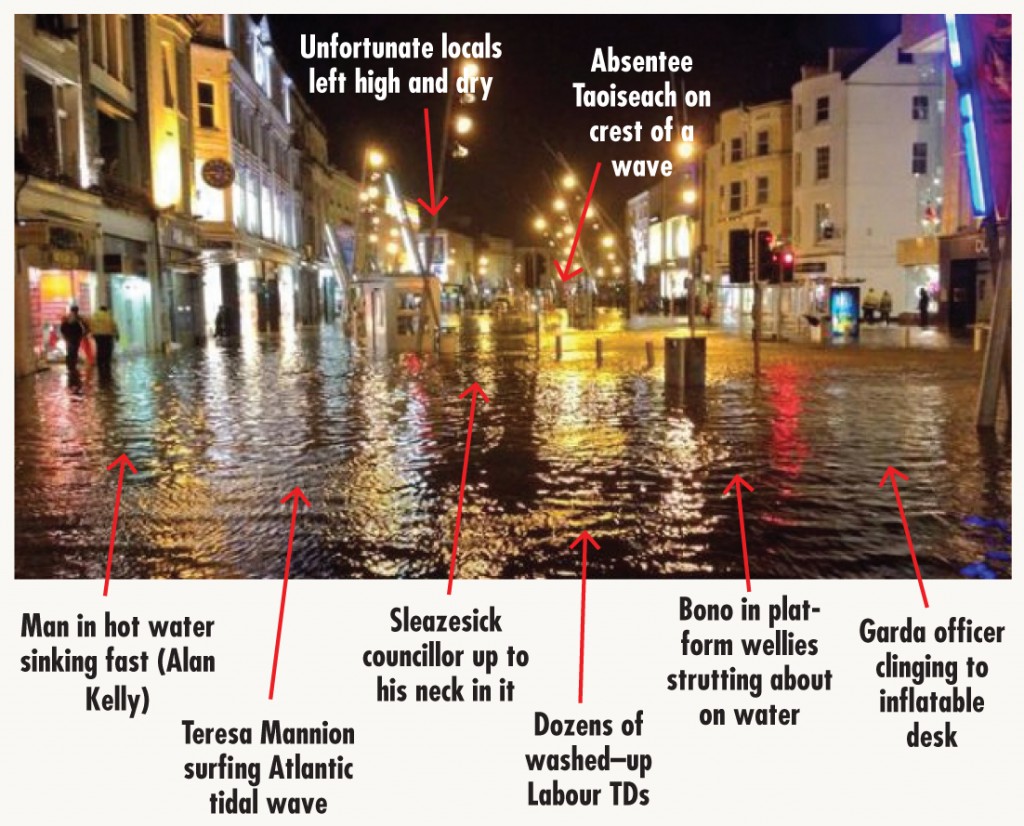