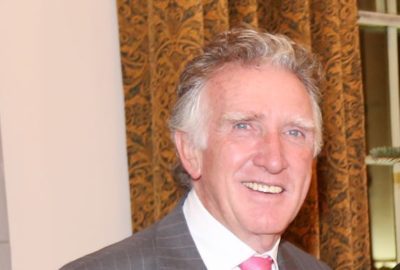 IT LOOKS like an eventful end of 2020 is in store for solicitor-turned-property-developer Noel Smyth, with a number of his businesses the subject of creditors meetings next week.

Dealmaker Smyth (who was Ben Dunne’s legal eagle when the walls came crashing down around Squire Haughey) is probably best known these days for his takeover of the Arnotts retail group, albeit essentially a Dublin property play on his part.

In conjunction with the giant US investment group Apollo, Smyth’s Fitzwilliam Finance Partners Ltd vehicle acquired the substantial Arnotts loans that had been built up by the store’s owners. Those loans related to an overly ambitious plan by members of the Nesbitt family to develop the so-called ‘Northern Quarter’ on Dublin’s northside.

After buying out Apollo, Smyth offloaded Arnotts to Galen Weston’s Selfridges group, although Fitzwilliam Finance Partners held on to a number of properties. The latest account for this company, which were signed off recently, show accumulated losses of €6.4m at the end of June last year.

Another Smyth venture called Fitzwilliam Real Estate Capital Ltd is currently linked to a number of significant planning proposals across various sites in Dublin. This had accumulated losses of €2.2m at the end of June 2019 according to the latest accounts filed.

Along with Smyth himself, the directors in all these Fitzwilliam ventures are listed in the Companies Office as Smyth’s daughter, Allanah, who is in situ as corporate counsel, property director Nigel Kinnaird, whose links to Noel Smyth stretch back to his Dunloe Ewart days, and finance director Bryan Lawlor.

These same names are listed as the board members at Fitzwilliam Finance Corporation Ltd (FFC), which was established way back in 1991 and is owned by an offshore company called Gosford Ltd, incorporated in Jersey, although Anne Marie Smyth, wife of Noel, is stated as having a “controlling interest” in FFC. It is not a property development company but operates in the investments area. Fans of Goldhawk with long memories may recall that Noel Smyth is a bit of an art aficionado and made some ‘donations’ of works to IMMA in return for millions of euro in tax relief back in 2003 and 2004. Some of those artworks were submitted via FFC. (After the crash, the hapless Noel found his remaining 400-piece collection grabbed by Nama.)

The most recent accounts for FFC, however, included a note from the auditors referring to “the existence of a material uncertainty that casts significant doubt as to whether the company can continue as a going concern without the support of its parent and directors”.

The figures for the year to June 2018 reveal a deficit of €11.5m and no assets, with Noel Smyth et al noting that “on the basis of current negotiations with the company’s bankers, the directors of the company have a reasonable expectation that they will continue to make funds available to the company. However, if the company’s bankers were to discontinue their provision of funds to the company, the company may be unable to obtain funding from an alternative source”. The banks were shown as being owed almost €8m at that time.

There was restructuring in October 2017 that involved FFC’s investments being transferred to other entities in the Fitzwilliam group for €2m, representing a loss of €375,000. Meanwhile, it was also noted in the accounts that at the end of June 2018, there was “a bad debt provision” against group debtors of no less than €16m. 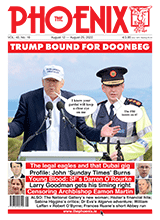