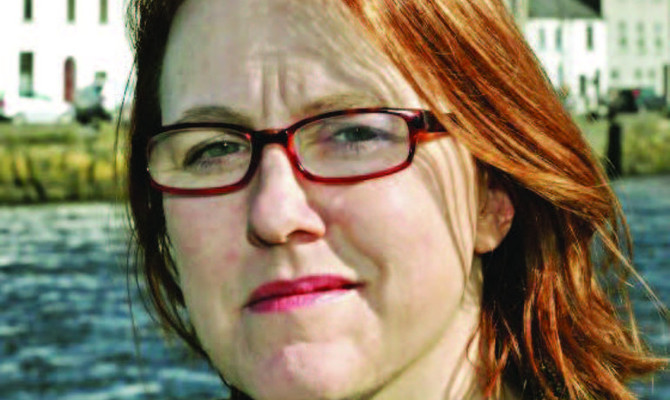 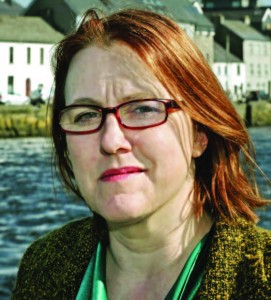 THE election of Alice Mary Higgins has been one of the more interesting storylines of the 2016 Seanad elections. The daughter of President Michael D and Sabina Higgins, she translated some activist credentials and name recognition into votes to win a seat on the NUI panel. But her decision to eschew Labour Party backing and her own relationship with the party raises some questions about the nature of the newly minted senator. Is Alice-Mary (41) a truly independent voice, hopeful to kick on from her work in the NGO sector on equality and feminism? Or is she the to-the-manor-born daughter of the president, keen to use her well-placed connections to jumpstart a political career?

Despite the announcement by local media that Galway had secured a Seanad seat with Alice Mary’s election, Higgins has been Dublin-based for the best part of two decades. She studied English and philosophy at UCD from 1993 to 1996 before tackling a master’s degree in theatre at Trinity College. In 1999, the star academic won a Fulbright Scholarship to the New School University in New York where she completed another master’s, this time in sociology. Between 2002 and 2003, she did “coursework for [a] PhD” according to her online CV, but it turns out that she did not complete her doctorate.

She has an extensive work history in the NGO sector. From 2004 to 2008 she coordinated an anti-racism project for Comhlámh, a network for Irish aid workers. She was a policy officer for Trócaire from 2008 before, in 2010, becoming an officer at Older and Bolder, an equality campaign for the elderly. She held that role until she was called up to her father’s presidential election team in 2011, after which she worked as a consultant to charities, including ActionAid Ireland.

Alice Mary currently works as campaigns and policy officer for the National Women’s Council of Ireland (NWCI). She says that she hopes to devote her full attention to Seanad work and hand over the reigns at the council by August. Interestingly, the NWCI’s director, Orla O’Connor, previously held the role that Higgins holds now, so it seems to be a stepping stone to the top job.

Higgins has had two forays into Irish political life, the first being a brief but controversial cameo at the Labour Party conference in 2007, when she popped in to propose a motion on behalf of the national executive committee (NEC). She was not a member of the NEC, but dad was. Alice Mary hadn’t really registered as a party personality at that stage and there was concern that this was

Michael D’s attempt to stroke into existence a career for his daughter in Galway West (see The Phoenix 14/12/07).

Michael D had always been protective of his stomping ground, putting the kibosh, for example, on then-Labour councillor, now-Galway West independent TD Catherine Connolly’s suggestion that she join him on the ticket for the 2007 election. Alice Mary wanted to run for the Dáil in 2011 to replace her father but the Galway West electoral team were having none of it, feeling that another Labour candidate on the ticket would spread the vote too thin. Derek Nolan, a Labour councillor with an actual political CV, was selected to run on his own to the disappointment of the Higgins clan.

Alice Mary’s second, more substantial sally into politics, was a stint as a deputy director of elections for Michael Twee’s presidential campaign in 2011. She was brought in to help insulate dad from the team of handlers, assigned to his committee by the party apparatus (see The Phoenix 12/08/2011). Higgins wanted his team to have a left-wing sheen going into the election and he wanted a committee he could trust.

The decision by the party brass to leave out Pat Montague, a Higgins comrade who was instrumental in his selection victory over Fergus Finlay, left Michael Twee fuming. Pointing to Labour’s Adi Roche balls-up in the 1997 presidential campaign and noting the leadership’s general reputation with piss-ups in breweries, Michael D stormed into Ely Place in July 2011 to confront party brass.

He wanted to run his own campaign, free from the designs of the party’s wannabe Malcolm Tuckers. His solution was to bring in his old comrade from the erstwhile left of the party, Joe Costello, as director of elections. Higgins’ wife Sabina was also on the committee with Alice Mary.

Higgins now finds herself in odd company on the NUI panel. She took the third of three seats, the other two going to arch-reactionary Michael McDowell and fire and brimstone pro-lifer Ronan Mullen. She came fourth in first preferences behind Mullen in first, McDowell in second and ex-Aer Arann boss Padraig Ó Ceidigh in third.

Indeed, Alice Mary was actually in fourth place behind Ó Ceidigh until the 25th count. She took consistently high transfers, not least from other Labour-turned-temporary independents like Aideen Hayden, but the elimination of Ellen O’Malley Dunlop, a former director of the Dublin Rape Crisis Centre, shifted Alice Mary into third for the first time. Ex-union boss David Begg’s elimination in the next round was guaranteed to benefit Higgins, but she was still a mere 300 votes ahead of Ó Ceidigh after McDowell’s surplus was then transferred. It was Laura Harmon’s downfall in the home stretch that gifted the win to Higgins.

Harmon is Labour’s Women and Equality Officer who was running – surprise, surprise – as an Independent. She’s also an ex-President of the Union of Students in Ireland, which broke with protocol to endorse the very capable Harmon. Laura transferred over 2,000 votes to Alice Mary with a mere 560 going to Ó Ceidigh.

Alice Mary did well for her first outing, and those familiar with the race said her campaign team was well organised and drilled. She called for ‘equality proofing’ of economic policies and advocated equality for women and repeal of the 8th amendment. Her campaign was far more energetic than other indie-Labour hybrids like Hayden and Begg. Higgins’ materials were top drawer for the NUI panel, suggesting that the campaign was well financed. She says that all the money for her campaign was raised through a benefit concert as well as donations on her website. Ciara Gaynor, a former campaigns coordinator at Trócaire, managed the campaign.

Alice Mary told Goldhawk that she’s not a member of the Labour Party and that she ran as Independent because she’s an Independent. However, she still has fairly strong links to the party, speaking, for example, at a Labour Women event on women in the workforce at the last annual conference.

If Higgins is still involved with the party and intends to continue her career with them, you might wonder why she – like many Labour hacks that ran for the Seanad – feels like she can ditch the connection only to pick it up again when her career progresses. However her political progress is now well launched. 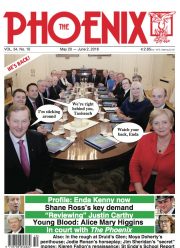