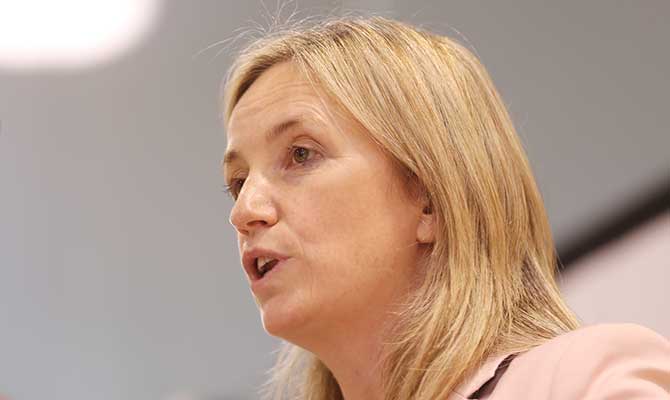 “INVESTIGATIVE JOURNALIST” Gemma O’Doherty has either produced the international scoop of the 21st century or shot herself in various limbs with the assertion that the Christchurch horror “has all the hallmarks of a classic false flag operation… à la 9/11. A professional job. The public are no longer fooled.”

The ex-Irish Independent journalist’s other credibility destroying move was to claim last year that the state murdered Veronica Guerin. More recently she identified the Garda as responsible.

But while that ludicrous assertion helped to scupper her bid for a presidential nomination, the Christchurch comment has seriously damaged her effort to build a new political movement, Anti-Corruption Ireland (ACI).

Many on the liberal left – some of whom were initially supportive of O’Doherty – have engaged in a social media war of words with Gemma since the presidential campaign that saw Peter Casey do surprisingly well. The belief is that she has switched from left to right in a bid to emulate Casey and she has been accused of stirring Islamophobic sentiments. She recently attacked justice minster Charlie Flanagan for refusing to block the return of the Dundalk ISIS bride marooned in Syria, tweeting he had “recklessly endangered the safety of the people of Ireland”, and another message about “ISIS brides in a Kurdish POW camp” and how they “cherish their burkas”.

Anti-racist activists and those who are combatting pseudo science about Gemma’s description of “the dangers of [the] HPV vaccine” have been lobbying hotels booked for a series of meetings to launch the ACI. The Pillo Hotel, Ashbourne, where O’Doherty launched the movement this month, told activists that Gemma had threatened it with legal action should it cancel her meeting. Tracking Gemma to her launch-pad meetings next week in Cork’s Imperial Hotel and the Maritime Hotel, Bantry, the management in each venue declined to cancel the ACI meetings.

That was before Gemma’s Christchurch outburst, after which the Maritime Hotel management refused to say this week if the meeting would still be held. Similarly, the Imperial in Cork City declined to respond to queries on the matter. O’Doherty will likely find that venues for meetings planned for Dublin, Sligo, Donegal and Leitrim will also be lobbied by the “cultural Marxist bullies”, as she dubs many of her opponents.