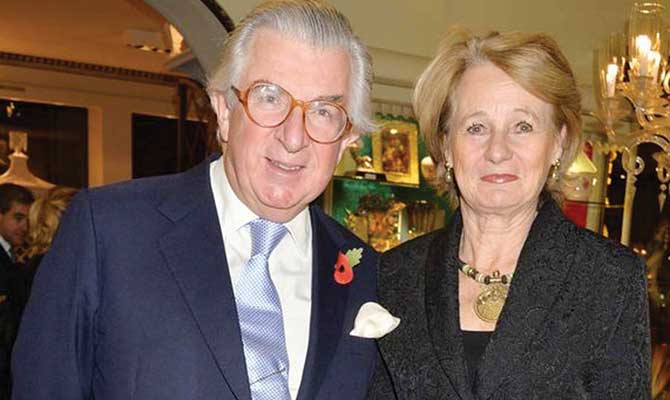 THIS YEAR has been rather less controversial than last for George Magan – aka Baron Magan of Castletown – with the news that the splendid Castletown Cox estate, outside Carrick-on-Suir in Co Kilkenny, has been offloaded for north of E20m, around 15% above the asking price, despite an “interfamily dispute” that almost scuppered the sale.

Magan bought Castletown Cox in 1999 and duly poured millions into a complete restoration of the property. He is thought to be fabulously wealthy (estimates vary between £60m and £200m), having made a mint as one of the founders of private equity firm Hambro Magan. Son of the late MI5 boss, Bill Magan, the Squire of Castletown Cox was Conservative Party treasurer at one stage.

More recently, it emerged during the Brexit referendum that the London-based moneybags provided a chauffeur service for key Leave campaign proponent Iain Duncan Smith, using an outfit called St James Company Ltd, where both George and his wife, Wendy Magan, are directors. That company was sitting on accumulated losses of £1.8m at the end of last June.

George Magan has other impressive properties in his portfolio, including a £25m estate in Shropshire, and he owns a valuable art collection. He has tended to keep a very low profile but this has not been the case in recent times. When a spread on Castletown Cox appeared in the property section of The Irish Times last summer after Knight Frank put it on the market with a €17.5m price tag, it also emerged that the day before, Edward Magan – son of George and Wendy – had sought to prevent the property from being marketed.

Edward and his sister, Henrietta, are beneficiaries of the registered owner of Castletown Cox, Eaglehill Trust (governed by Bermuda law). This was described as “an interfamily dispute” and there were linked proceedings in Jersey and Bermuda, with Edward joined by his father in the latter case.

The dispute was duly resolved and, given the level of drama – Knight Frank had even agreed at one stage not to “actively” market the property – the E20m price tag is pretty impressive. 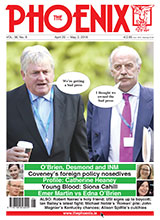