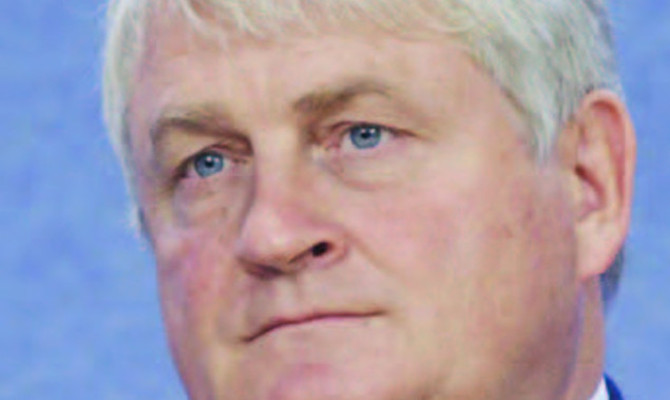 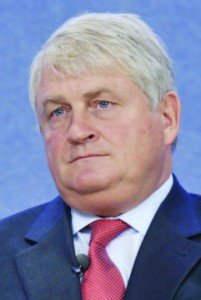 LOOKS as though The Irish Times has summoned up previously untapped reserves of courage and is engaged in a serious confrontation with the most powerful man in Ireland, Denis O’Brien.

O’Brien’s recent letter of admonition to the IT for not explaining in an article some days earlier why he was suing the newspaper, accused it of being less than “honourable and professional”. But while he did not say so, the rest of the article in question – an account of the 21 legal actions the billionaire has taken against the media, the Dáil, ex-TD Colm Keaveney, the Red Flag PR firm, the Revenue and others – might help to explain the abusive tone of O’Brien’s letter.

The sequence of stories and legal actions helps to explain much of what is going on in O’Brien’s mind, as well as the IT’s admirable refusal to be intimidated or gagged. In April 2015, the newspaper reported, in its usual restrained fashion, O’Brien’s purchase of Siteserv and referred to the IBRC tax writedown of €110 million. O’Brien claims the article implied he was responsible for the taxpayers’ loss and has lodged a High Court writ against the IT.

The IT had already devoted several articles and thousands of words to O’Brien’s legal effort to seize all of PR firm Red Flag’s computers, and anything else he required (he alleges a libel conspiracy by Red Flag to damage his business interests). But days after the writ claiming libel over the Siteserv article was lodged, the newspaper devoted another long article to O’Brien’s litigious history of the last six years, in an indication that it was prepared to stand and fight in the media as well as the High Court.

Peter Murtagh has been following the Red Flag saga for many months and the IT newsroom is preparing for further coverage of this continuing legal stand-off. Legal affairs correspondent Colm Keena’s outline of O’Brien’s multiple legal offensives was introduced with a reference to O’Brien’s writ against Keaveney. It concluded with an account of Keaveney’s action taken last December against the Irish Independent (controlled by O’Brien) for accusing him of being involved in a conspiracy with Red Flag.

The conclusion to Keena’s article also referred to O’Brien’s subsequent writ against Keaveney for sending to Red Flag a copy of a speech he intended to deliver in the Dáil about the inquiry into IBRC. (It emerged that Keaveney’s speech did not contain any of the suggestions made by Red Flag in his Dáil speech).

O’Brien’s counter action against Keaveney will, of course, mean that the former TD must consider the doubling of the huge costs that will rack up as he is dragged through multiple court sessions and hearings.

O’Brien’s action against Keaveney involves all the main strands of the controversies O’Brien is engaged in, from business to media, politics and even the control of his own media empire. Specifically, these entail his business dealings with IBRC and claims that Red Flag is trying to damage his business interests; his attack on Dáil privilege and a TD; his legal actions against various media; and the allegation by Keaveney that he was libelled by the Indo.

« PAPAL POLITICS AND IRISH VISIT
IN THE RED AT RESIDENCE » 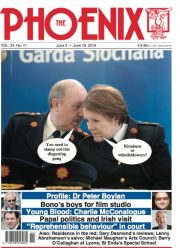