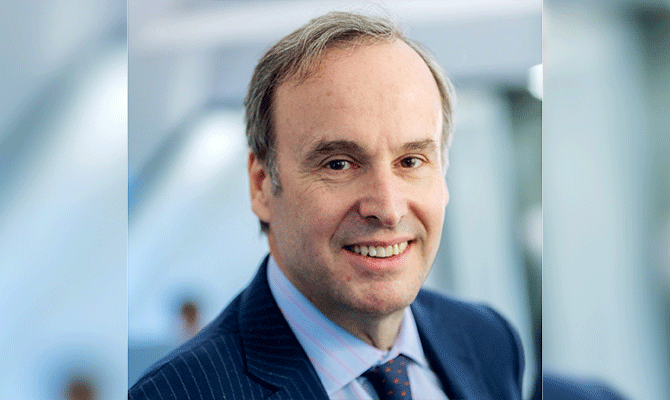 LAST WEEK saw a corporate PR initiative designed to highlight the brand name of Mediahuis, new owners of the now defunct Independent News & Media (INM). In cheery, happy-clappy tones, various employees ‘volunteered’ expressions of delight via a video promotion with their new employer, Belgian company Mediahuis, whose chairman, Thomas Leysen is the controlling shareholder. But the modern, forward-looking image of Mediahuis masks a dark history of companies owned or purchased by the Leysen family.

That dark history includes its management of the most prominent company that had been involved in the uniquely appalling exploitation of the Belgian Congo population; support for the Nazis in Belgium by the late André Leysen, the prime mover in the family business; indirect complicity of a mining company, it subsequently controlled, in the murder of the first democratically elected prime minister of Congo, Patrice Lumumba; and contemporary accusations of responsibility for cruelty involving child labour in mining in the Republic of Congo today.

Separate to the colonial history of such Belgian companies down the years is the membership of current family principal, Thomas Leysen, of the shadowy Bilderberg Group. Leysen shares membership of the Bilderberg Group with one Denis O’Brien, the man who effectively sold INM to the Belgians two years ago. Quite apart from this remarkable coincidence, membership of the Bilderbergers underlines the exalted, enormously wealthy and powerful stature of Leysen and his family in the top echelons of western industry and finance. This position is borne out his family’s acquisition of wealth during Belgium’s colonial heyday.

Thomas Leysen was also chairman until last year of KBC, the Belgian banking group that does not have the same affection for Ireland as does Mediahuis, having recently announced its departure from the Irish market. Leysen is a senior member of the Belgian bourgeoisie and is chairman of the Belgian Corporate Governance Commission, having also served as chair of the Federation of Belgian Enterprises, and who has held leading positions in other top-level groups such as the global advisory board of Toyota (he was conferred with the Order of the Rising Sun, Gold and Silver Star in 2015). He is also chair of the King Baudouin Foundation.

Thomas Leyson, along with his brother, Christian, inherited much of his father, André Leysen’s business empire, including his immersion in the management of Umicore (formerly known as Union Minière du Haut-Katanga (UMHK). Union Minière, now Umicore, was the giant mining company that hugely enriched itself, and its early owner King Leopold II, in the Congo and whose forced labour endured unspeakable conditions, even by colonial standards of the early 20th century.

Leopold employed his own private army, the Force Publique, to control his company and its virtually slave employees who mined rubber and copper in the Congo. It killed many, many Congolese; took families as hostages; committed large-scale rape and razed many villages to the ground. A particularly vile, medieval practice was to cut off the hands of their victims, including children.

In 1904, Edmund Dean Morel and Roger Casement founded the Congo Reform Movement out of which came the Casement Report and much international pressure. This led, in turn, to the Belgian parliament forcing Leopold to surrender the Congo to his country, Belgium; up until then, Leopold personally owned the Congo. 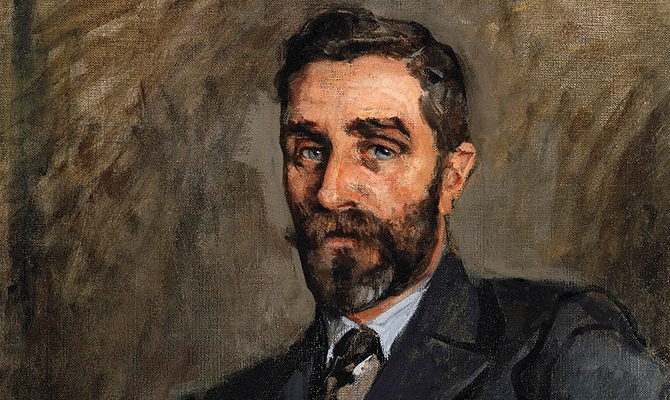 In the years following the Congo’s independence in the 1960s, André Leysen became a significant player in Union Minière. Thomas Leysen became CEO of modern-day Umicore when he and Christian took over their father’s business interests in the late 1980s. In 2000, Thomas became CEO of Umicore and in 2008 became chairman of the company.

Patrice Lumumba was to the Congo what Fidel Castro was to Cuba, except that Lumumba, Congo’s first elected leader, was murdered before he could nationalise Belgian assets after independence in 1960. He was arrested in January 1961 by Congolese soldiers under Belgian command and murdered, after which his body was cut up by a Belgian officer and dissolved in sulphuric acid. Key to the subversion of independent Congo was the secession of resource-rich Katanga some of whose leading personnel were involved in the murder.

But, as a comprehensive investigation by Neil Munshi of the Financial Times recently points out, the Belgian government’s Lumumba Commission concluded in 1999 that “the secession of Katanga would have been impossible without the support of the Union Minière”. The commission also said, “Union Minière tried to finance military or paramilitary groups in order to defend its interests in the fight against the armed disciples of Lumumba”.

The sheer scale of profits accruing to Belgium and its largest companies from Congo’s mineral wealth was awesome and enabled the country to develop on an equal footing with larger European economies in the first half of the 20th century. Its profits came in the main from rubber (originally) but then copper and eventually tin, uranium and cobalt. But the development of Belgium came with the distortion and underdevelopment of the Congolese economy, as well as the unrivalled brutality of the colonial regime.

When the FT’s Munshi questioned Thomas Leysen last November about the question of reparations for the Congolese people and its economy, he said, “It’s a difficult concept from a legal and from a moral point of view, especially for things that are 60 years in the past … In our case, there is in any case the fact that we are not the direct descendant of the company that operated in the Congo”.

Munshi pointed out that “legalities aside, companies such as Umicore would not be what they are without their exploitation of Congo … it must be accounted for pecuniarily”. However, Leysen says, “Our company today is not the company that was active in the Congo. So, we are a different company that has taken over some of these assets, but not the complete assets because they were nationalised before the new Union Minière was founded. So in our case, I think that does not apply.” In fact, the Democratic Republic of Congo ‘compensated’ the firm that was eventually nationalised in 1967.

Irish interest in the Congo was stimulated not only by the British government’s execution of Casement in 1916 but also by the siege of Jadotville. In 1961, 155 Irish soldiers serving with the UN were surrounded by several thousand Katangese troops assisted by Belgian settlers and mercenaries from South Africa and some European countries who were assisting the secession of Katanga. Irish UN troops were eventually repatriated amid much controversy surrounding Belgian and western countries’ behaviour.

The elder Leysen, André, father of Thomas, harbours an especially embarrassing episode from his teenage years when as a young Belgian with a Flemish background he sympathised with the Nazi occupation of his country and joined the Hitler Youth. His appetite for the Nazis saw him develop into the leader of 100 of his peers and as a 17-year-old in Berlin the precocious André translated Dutch and French messages into German on the Belgian radio. 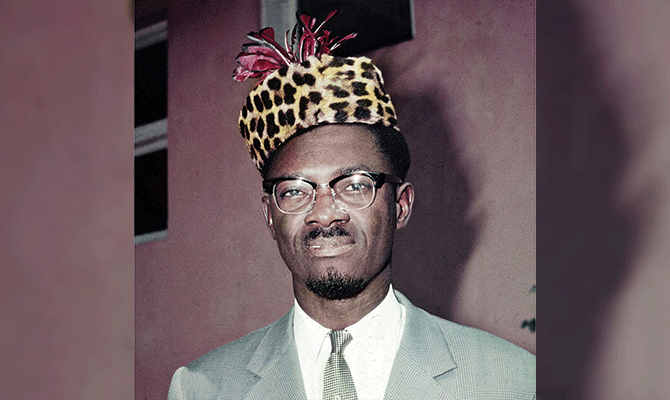 When the Allies liberated Belgium in 1944 the Leysen family fled to Berlin where André enjoyed the faintly incongruous title of chef de cabinet of the Flemish ‘government in exile’ led by Flemish fascist René Lagrou. He was rewarded with four months in jail when he returned to Belgium after the war, although he escaped a conviction for collaboration. But while his business career blossomed in the following years, his failure to secure the title of baron – like practically every top Belgian businessman – was put down to his Nazi past, however youthful.

However, a controversy involving Umicore that could bring the company into present-day disrepute, if proven, involves a case taken by Congolese families against Apple, Google, Dell, Microsoft and Tesla. Anti-slavery economist Siddharth Kara has assisted human rights lawyers, International Rights Advocates, whose clients claim the tech giants have contributed to the death and maiming of their children.

Cobalt powers the rechargeable lithium batteries in millions of the tech giants’ products and demand for the mineral grows each year. The families say that British firm Glencore mines and then sells the cobalt to Umicore, which sells it on to the tech firms. Ultimately, the families argue, the cobalt is derived from forced labour and conditions that have seen children suffer death and life-changing injuries.

Following a report in the Guardian, all five tech giants issued wide-ranging legal arguments denying any culpability. Umicore was equally adamant that it had ensured no such incidents had occurred in the production of its supplies of cobalt.

Mediahuis has enjoyed a good press from its own titles and even its media rivals since buying INM in 2019. Its image is that of a modernising, progressive company whose owners were unimpressed with the digitally backward and somewhat tacky taste of some of INM’S editorial preferences.

Who knew that Mediahuis had such an interesting and shady history of its own? 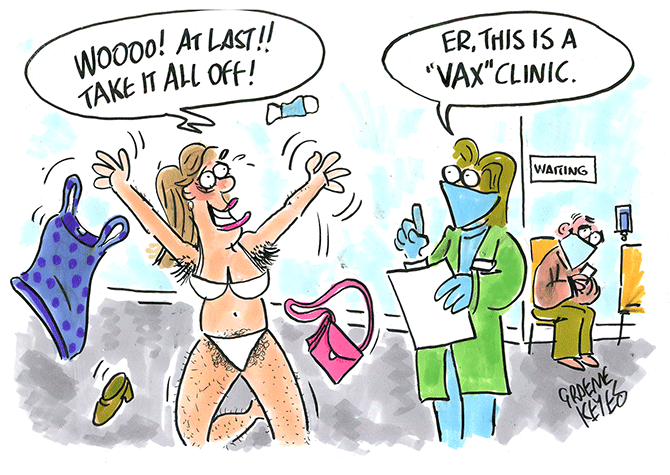 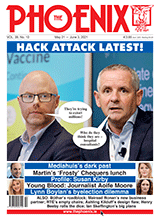 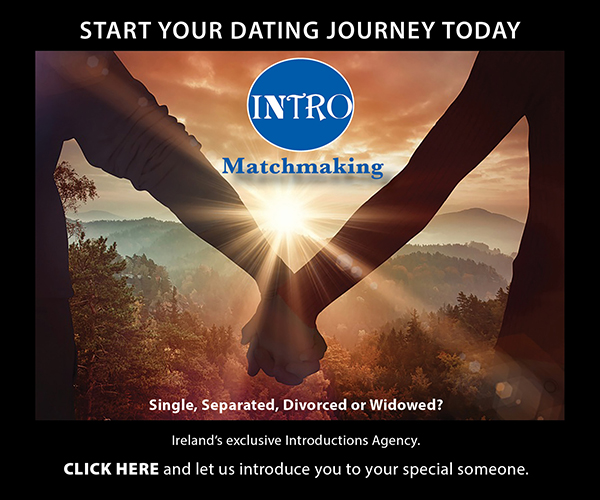 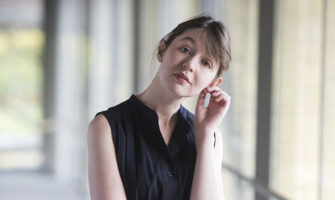 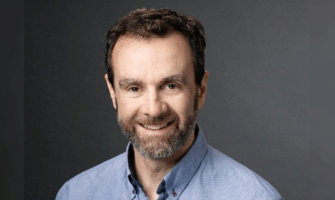 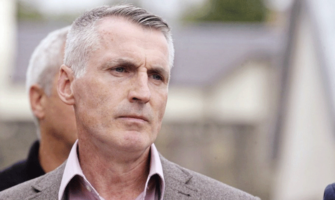 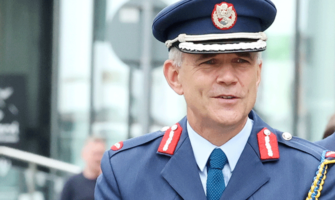