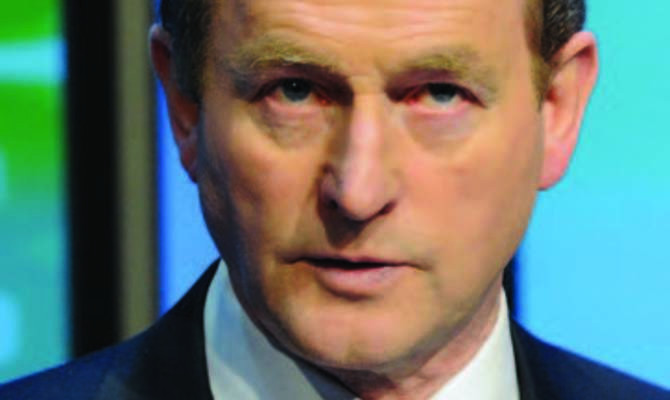 DESPITE Ireland facing one of the most fundamental issues in our history, the virtual silence surrounding our accelerating involvement in the militarisation of the EU is deafening.

At the recent EU summit committing EU governments to further co-operation in defence and increased military expenditure, Enda Kenny supported this emphasis, casually reiterating the government mantra that Irish neutrality was not threatened by it. In fact, Irish neutrality has been hollowed out by successive EU treaties and by the Defence Forces’ association with European militarisation. Last year’s White Paper on Defence spelled out the government’s plans to dovetail our defence strategy in line with NATO and the EU’s military plans. But there has since been little discussion or debate about the dramatic plans for our assimilation into the emerging EU military monolith.

The White Paper makes repeated references to increased Irish co-operation with NATO and/or the burgeoning EU Common Security and Defence Policy (CSDP). It also emphasises the urgent need to harmonise Defence Forces equipment with that of NATO and other EU countries (see The Phoenix, 11/9/15). This is to be done via the European Defence Agency, which is a putative competitor with the massive US arms industry.

Irish people have consistently exhibited a negative response to the ending of neutrality and Irish involvement with military blocks, East or West. But if voters were apprised by media of the plans for increased expenditure by all EU countries they would be even less enamoured of the government’s stealthy, war-like intentions. Buried deep in last year’s White Paper (p117) the following statement is made: “Ireland’s financial position remains extremely difficult… However, the government have resolved that Ireland’s investment in defence, over the lifetime of the White Paper, must be on a sustainable footing taking account of long-term national interest”. On p116 it is stated: “The Government are putting in place new defence review arrangements to elevate discussion and debate in a way which ensures that, notwithstanding other pressing demands for resourcing, investment in defence is given the appropriate consideration.”

Where have these “elevated discussions” taken place? Certainly not in the Dáil or Seanad and not even in the media whose role appears to be the sanitisation of reports about increased EU militarisation and expenditure as well as reassuring references to the government’s “red line” defence of neutrality. There is an eerie, Section 31 type blanket smothering serious scrutiny of the government’s intent to participate in western military expansion and the arms industry. The defence budget has hovered between €0.9bn and €1.08bn over the last eight years. But following the White Paper’s proposals to increase military expenditure, the defence department told Goldhawk last September that it had no estimates of what these plans would cost either next year or over a five-year period. Is this amazingly cavalier approach to expenditure part of the orchestrated secrecy about the government’s not-so-slow march towards full involvement in a European army and NATO?

Ireland has earned a reputation as a non-aligned neutral peace-keeper with a non-colonial past, and several Defence Forces missions have given active, practical effect to these principles. There are a variety of global flash points where the UN backed intervention of a neutral force — as opposed to conflicting and competing nations vying for ascendancy — like Ireland can play a role. This tradition served us and the cause of peace well in the past. There is no reason to trade it for a junior role with the bullies of the western world. 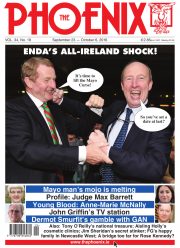