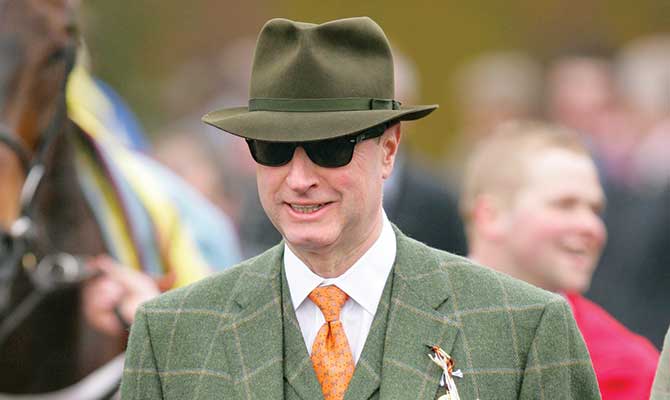 CHELTENHAM provided liberal helpings of thrills. There was also karma of sorts at play when the Rich Ricci-owned Benie Des Dieux, considered by many as one of the bankers of the meeting, stumbled and fell after the last in the Mares’ Hurdle with the race at her mercy.

The fall kicked off a tough week for Ricci – the following day his Min ran no race behind Altior in the Queen Mother Champion Chase, while Faugheen’s age caught up with him in the Stayers Hurdle.

Meanwhile, Ricci admitted to taking plenty of stick during the week over the decision of Betbright to close its sportsbook upon completion of the deal to sell the company’s technology platform to 888. Instead of honouring any outstanding bets, Ricci’s firm made the decision to void all bets and return the stakes to customers.

There was a u-turn of sorts when 888 pledged to honour antepost bets for Cheltenham, but one very aggrieved customer is Epsom-based trainer Jim Boyle, who is sitting on a juicy antepost football betting docket that looks unlikely to be honoured. Boyle placed a £100 each way double on Luton and Lincoln to top their respective divisions at odds of 164/1. At the moment, Luton are heading division one and Lincoln City are tops in division two and both are now short odds to claim the respective titles and potentially net Boyle nearly £20,000.

The trainer took his case to the Gambling Commission, which proved of no assistance, confirming that it was an internal business decision taken by Betbright. (Perhaps Ricci should send Boyle one or two of his horses to honour his commitments in a roundabout sort of way.)

Ironically, Benie Des Dieux’s fall under Ruby Walsh was almost a carbon copy of the tumble by Annie Power in the same race four years ago. That episode cost punters millions as she was the last leg of a popular Willie Mullins-trained multiple. It is a fall that has haunted Walsh ever since as it sparked off crazy online conspiracy theories. Last week’s fa ll gave the keyboard warriors fresh ammunition to take preposterous pops at the jump jockey.

« RACHEL GRAHAM BOUNCES BACK
WHEN ALL IS SAID – ANNE GRIFFIN (SCEPTRE) »