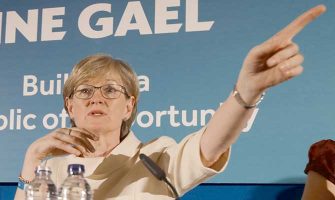 ANGELA MERKEL’S visit to Dublin underlines the EU’s determination to protect its borders, but this is only part of Germany and France’s strategy of post-Brexit EU integration, something that involves the creation of an EU Army.

The loud silence following the revelation that Fine Gael persuaded their European Peoples Party (EPP) colleagues to drop its EU election manifesto proposals for an EU Army (along with tax harmonisation), says a lot about the government’s secretive strategy to abandon neutrality. It also says much about the mainstream media’s silent complicity in this subterfuge at a time when the post-Brexit future of the EU might perhaps be of interest to the Irish public.

That its own EU political group was advocating an EU army was the last thing FG wanted given the upcoming EU elections, indicating a recognition that its teaser a year ago about joining an EU army went down like a lead balloon. Then, bellicose MEP, Brian Hayes, led the charge along with the three other party MEPs — Deirdre Clune, Seán Kelly and Mairead McGuinness — and came out with a ten-point plan to effectively abandon neutrality. Among the ten demands were: “Supporting the emerging EU Defence Union” and “redefining (jettisoning) neutrality” (see The Phoenix, 9/3/18).

Leo Varadkar, foreign minister, Simon ‘Covetous’ Coveney and FG ministers rely heavily on market research and the reaction to these proposals was not exactly positive. As the Sunday Business Post reported recently, party senator and EU spokesperson, Neale Richmond was despatched to an EPP meeting in Brussels to plead with them to drop the proposals given the, em, sensitivity (downright hostility, actually) at home.

McGuinness has not given up on her militarist vision for the EU and she told the recent FG conference that Ireland should repay EU solidarity on Brexit by coming to little Latvia’s aid along her borders with the Russian bear. Presumably, she was not talking about food parcels. Last November, McGuinness chaired an EPP leader debate between Germany’s Manfred Weber and Finland’s Alexander Stubb in Helsinki. The two made clear their insistence on increased collaboration on security and defence and Mairead did not appear to be at all fazed by such a scenario.

Hayes and company stated that their proposals were not official party policy, as if the four FG MEPs had unilaterally decided to push for an end to Irish neutrality and massive defence spending without approval from Vlad and Covetous. And in synch with the Orwellian speak on Irish neutrality — brought to a high art form on this particular issue — they also denied they were in favour of an EU army. Just more defence spending; “much more in collaboration with our EU partners in the area of security and defence”; and a raft of other measures that amount to an EU military force. Meanwhile, MEP, Luke ‘Ming’ Flanagan, has just released a video in which Vlad tells the Dáil last December; “I think our neutrality and non-alignment is already expressed in the (EU) treaties”, but that; “I’ll have to double check”.

Whatever about the Taoiseach’s hazy knowledge of Irish neutrality, the public’s attachment to the principle is not in doubt, as Richmond’s dash to Brussels underlines. Ministers also know that aligning Irish defence spending with the average in the EU (1.3%) from a current Irish base of 0.3% involves a jump from €994m in the last budget to around four times this figure.

The screeching that would ensue from most sectors of the public and voters about the need to prioritise spending on hospitals, housing, schools etc before throwing billions at such militarist adventures is something that Vlad and FG ministers are acutely aware of. And the notion of going along with such expenditure on the eve of EU, local and possibly Dáil elections is out of the question. But behind the scenes the EU militarisation agenda will continue while a ‘responsible’ and supportive Irish media corps of EU specialists and foreign commentators maintains a virtual, discreet silence. 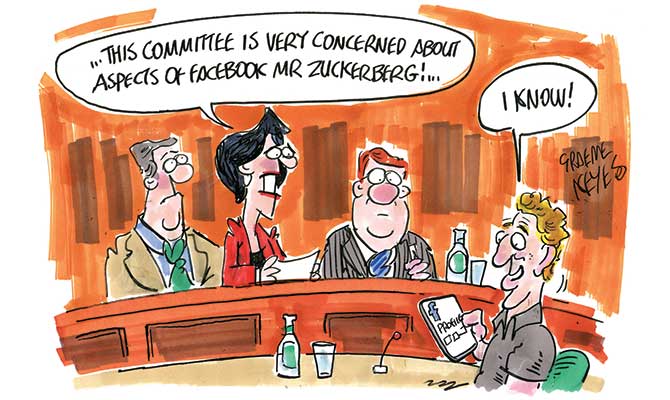 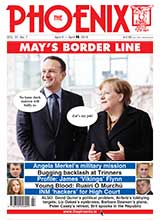 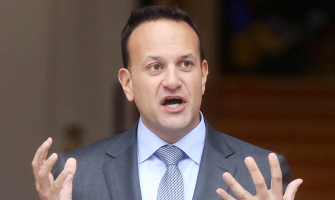 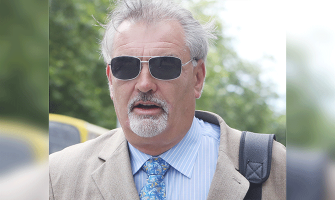 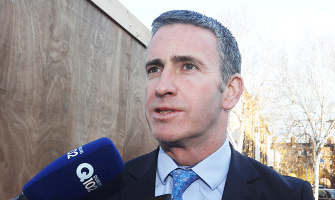 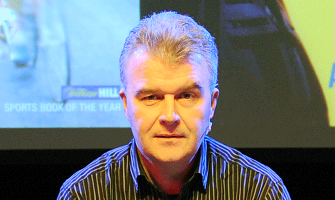 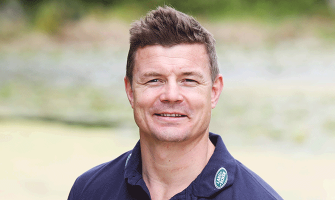