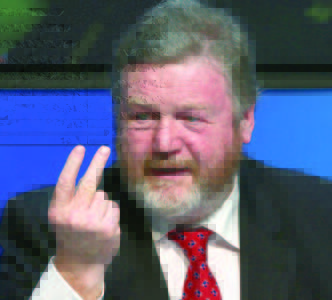 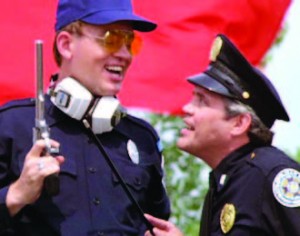 Sir, – As a Garda Síochána desk staffer of 28 years stan… er, sitting, I am extremely concerned about the latest Garda Inspectorate report, which states that too many gardaí are desk-bound. As with many such high-falutin’ undertakings, it is high on aspiration and low on reality.
In particular, the report completely fails to address the dangers of walking. Too often from where I slee… er, sit in the corner of the reception area by the coffee machine, I have seen colleagues carried into the station having been downed by various means – ranging from uncontrolled dogs to untied shoelaces. Then there are the health risks associated with eating while ‘on the go’. All scientific studies worldwide testify that eating a burger and chips demands sitting down, whether at a desk, squad car or betting shop counter.
Do we really want more of the lads falling foul of these dangers – with the inevitable result of even less gardaí fit and available to check dog licences and sign passport forms?
Yours, etc,
Garda Stan Dupp
Offaly

Sir, – As a mother of two boys aged 4 and 6, I wish to object most strongly to RTÉ reporter Teresa Mannion’s irresponsible and alarmist weather report last week. Having left my children momentarily alone in the sitting room while RTÉ’s six o’clock news bulletin was being broadcast, I was alarmed to hear their screams of terror as Ms. Mannion delivered her stark warnings.
It subsequently took three hours of reassurance by my partner and I to soothe the kids’ worries about “bad weather” getting us all. Since then, my youngest lad is in deep dread of having a bath or even flushing the toilet, while his brother persistently refuses to go upstairs under any circumstances, for fear of it being deemed an “unnecessary journey”. Thank you very much Ms. Mannion and RTÉ for destroying our lives!
Yours, etc,
Terry Fied,
Tidestown,
County Waterford 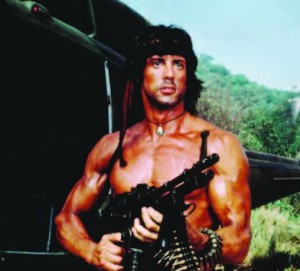 A Michelle Fiore supporter gears up for Xmas

Sir, – As a homegrown, white Christian American citizen, I wish to express my full support for State Assemblywoman Michele Fiore, who has exercised her fundamental right to send out personal Christmas cards to her closest friends. Her seasonal greetings depict the extended Fiore family posing beside the festive tree and brandishing legally-held weapons.
At this time of peace and goodwill, Michele reminds us that guns are a vital part of our honoured tradition and have numerous everyday uses. For example, a short burst of gunfire can quickly attract the attention of a waitress in a busy restaurant. Weapons are also handy for scaring away unwanted crows, illegal Mexican drug-dealers and all Muslim immigrants.
Guns rarely cause trouble – apart from the odd mass murder shooting spree. But perhaps if we had fewer schools and cinemas, these events wouldn’t happen. Personally, I favour greater arms control and believe that semi-automatic weapons should be restricted to white Republicans only. You can’t argue with that – especially as I am currently the proud owner of several handguns and three assault rifles.
Yours, etc,
Walter P. Gunbarrel
Idaho 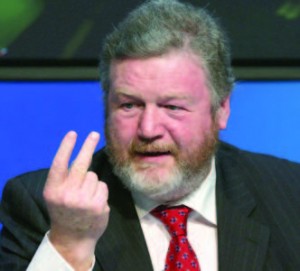 Sir, – Now that my latest innovative measure of introducing a ban on corporal punishment has come into law, I am confident that Ireland will finally be recognised as a modern civilised society. For far too long, senior members of the Government have been subjected to daily abuse and embarrassment.
It is particularly gratifying to know that viewers will no longer have to watch RTÉ’s Oireachtas Report and witness the horrifying spectacle of important ministers like myself being torn to pieces by Mary Lou McDonald. The so-called ban on smacking reinforces positive discipline strategies, such as letting us do whatever we like and then voting us back into office.
Yours, etc,
Dr James Reilly
Government Buildings

Sir, – As a recent graduate currently working three jobs to pay off my half-a-million student loan, I would like to welcome the Government’s recent report into third level fees, titled Funding Third Level Education: F****d If We Know. The report suggests students pay E25 a week over 15 years, which is certainly an improvement on my current arrangement of repaying E20,000 a week until early into the 22nd century.
If there is one bright line on the horizon in tertiary education, it is that the quality of tuition remains very high. I studied English in college and an apposite line comes to mind: “It was the best of times, it was the worst of times.” I think this quote from Shakespeare adequately sums up the quandary in which we currently find ourselves.
Yours, etc,
John Skint
Laois