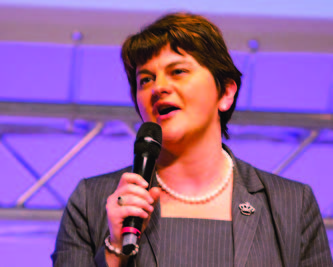 Sir, – Peter Robinson’s brave decision to step down as First Minister before he was forced to do so typifies the qualities which have made him one of Northern Ireland’s most outstanding politicians. For over three decades, he has distinguished himself, not just as Dr Ian Paisley’s long-serving deputy but as the devoted husband of Iris who was unfortunately involved in an on-off relationship with a young café owner.
Who will ever forget his courageous defence of loyalist principles when he single-handedly led the Christian Bowlers Apprentice march through the Catholic town of Armaghlite where he burned an effigy of Pope Igniteus? As a lifelong friend, I have been proud to work with Mr Robinson despite his frequently shambolic and crisis-strewn tenure. Furthermore, it has been a privilege to stand by him during the Cerberus controversies. There can be no doubt that we will all miss Peter terribly. He has left a great void which I will immediately fill.
Yours, etc,
Arlene Fester
Stormont

Sir, – Many of the country’s most respected legal minds have been shocked and saddened to learn that the Oireachtas banking inquiry is due to be wound down prematurely in January 2016. In my view, the inquiry should be allowed to complete its work even if this means postponing next year’s general election. There are still hundreds of important witnesses who can be called to give vital evidence and explain that they have no recollection of ever being knowingly involved in any wrongdoing.
Unfortunately, because of the unseemly rush to produce a report, the entire investigation is now likely to be seriously compromised. The crucial thing is that we must uncover the truth at all costs. In my considered opinion, it is vital that the public hearings continue for as long as necessary. It is even more critical that important people like myself unearth a vast pile of public money in our bank accounts.
Yours, etc,
Michael Hugefee
The Law Library
Dublin 7 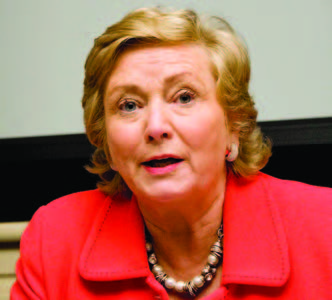 Sir, – May I be the first to applaud the introduction by Minister Frances Fitzgerald of a multi-agency strategy to target repeat offenders. In particular, I hope this initiative tackles the current situation within both the minister’s own party and Labour, where fights, bust-ups and back-stabbings appear to be rife.
It is to be hoped that the measures being introduced will reduce this loutish behaviour and ensure public safety. Indeed, many citizens are now afraid to turn on their TV sets, for fear of being confronted by more news of ultra-violent faction fighting in the Coalition. However, let us hope that with the minister’s new initiative, such scenarios become a thing of the past!
Yours, etc
Micheál Bon-Jovi
Mullingar 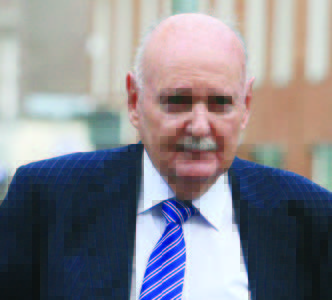 Sir, – I note with alarm and a deepening concern the ongoing controversy surrounding the IFA executives’ pay packets and severance deals. As a young boy tuning into The Riordans on a Sunday night, my belief was always that farmers were celebrated for their hardworking lifestyle. But here we see some rural chaps milking it and making hay while the sun shines, yet getting pilloried for it.
Surely they deserve our praise and admiration for their agricultural ingenuity. I only wish I was half as clever! May I take this opportunity to offer my full support, while extending any advisory service I can provide at a much reduced fee to these exemplary gentlemen whenever they are next in town.
Yours, etc,
Michael Fingleton,
Dublin 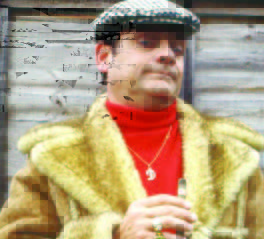 Mike Chancer gears up for the election

Sir, – In light of Ireland now appearing on Isis’s list of “enemy countries”, I am calling on all Irish citizens, regardless of religious persuasion, political affiliation etc, to boycott any produce or service imported into the country by this belligerent group!
As a staunch supporter of democracy, I believe strongly in diversity of choice and free movement of people, but no way must we trade with these tyrants, visit their shores on vacation, or in any way support their economy, until such time as they afford us fair recognition and indeed until they commit to decommissioning their weaponry.
If elected to Dáil Éireann next spring, I vow to make these goals my priority alongside job creation, an end to forced emigration, greater Garda presence in our rural communities and an end to patients on trolleys.
Yours, etc,
Mick Chancer (Ind.),
Handshake Mews,
Ballybluster