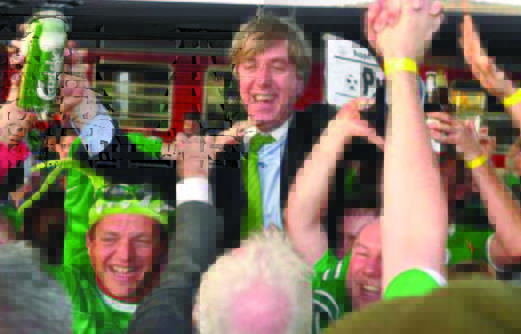 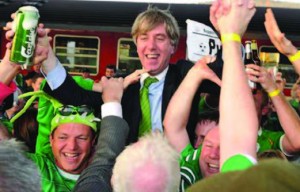 John Delaney has confirmed that he has offered to take on the role of general secretary of the IFA. It is understood that he phoned in his offer at 4 o’clock in the morning on Thursday of last week, while an emergency meeting of the IFA was concluding its marathon session.
“Yes, it’s true,” confirmed Delaney. “We had just finished up our regular mid-week sing-song when my girfriend Emma suggested that I go for it. ’It’s very similar to your current job,’ she said. ‘At least the letters in the names of the organisations are exactly the same. And you would still be dealing with a bunch of animals on a daily basis.’
“So I thought long and hard about it and I said, ‘You know, she’s right. The letters are the same’. And another half-mill a year would certainly come in useful.”
However, seasoned farming observers expressed doubts as to whether one person can do both jobs at the same time. “It’s hard to know,” said one, “But certainly, the Irish team’s style of play can be quite agricultural.”

Rich pickings (on pig’s back)

Belly up of Pork
Served on a bed of own making

Plenty of gravy
Simmering in a large pension pot