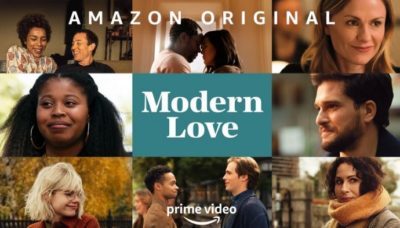 TIME WAS when Maeve Binchy and Cecelia Ahern were critically derided for their tales of middle class characters discussing their love lives at tedious length.

These days, John Carney and Lenny Abrahamson are showered with hype and critical garlands for similar stories.

Adapted from the eponymous New York Times column documenting real life relationships, the recently arrived second series of Carney’s anthology Modern Love on Amazon Prime is, if anything, even more vanishingly frothy than the first. For those who found the tone of the writer-director’s Oscar-winning musical Once too sickly sweet, the ultra-saccharine quality of these stories will prove completely unbearable.

The first instalment of the new season possibly has a nod to the aforementioned Binchy, with the episode having the same lead actress – Minnie Driver – as the 1995 Binchy adaptation Circle Of Friends. Unfortunately, Driver’s Irish accent hasn’t improved in the interim, and her lamentably poor effort at sounding like a Wicklow doctor proves grimly amusing.

Indeed, once it becomes clear that the episode – written and directed by Carney– is essentially a fantasy version of Irish rural life, it’s best enjoyed as a piece of macabre comedy. With the reunited cast of Carney’s Bachelor’s Walk in support roles, Stephanie (Driver) regularly heads into the countryside in an old sports car, where she holds imaginary conversations with her deceased first husband.

Despite pleas from her current partner (Don Wycherley) to jettison the vehicle to help the couple save money, Stephanie is unable to let go of the memories of her departed ex. A peak of absurdity is reached with the flashbacks to Stephanie’s days as a student in the ’90 s, when she and her late husband first met.

Dressed like models from an Abercrombie & Fitch ad and carrying themselves with a bizarre, quasi-aristocratic demeanour, they take regular countryside trips in the sports car. At a time when youth culture was suffused with Britpop and grunge, they argue not about whether to play Nirvana or Oasis in the car, but rather if they should put in – wait for it – a Joe Jackson tape (the episode concludes with a Van Morrison singalong).

The question of whether Carney has ever spent any time in Ireland at all grows further with the episode ‘Strangers On A (Dublin) Train’, which finds medievalism student Paula (Lucy Boynton) travelling from Galway to Dublin via Iarnrod Éireann, on the eve of lockdown in March 2020.

Once aboard, not only does she not have to sit in a crammed corridor, she remarkably gets an entire table to herself. Furthermore, she miraculously avoids junkies, winos and brawling youths for the entire trip, during which she finds true love in the shape of dishy tech worker Michael (played by Game Of Thrones’ Kit Harington, showcasing another in the show’s long line of appalling Irish accents).

Happily for Amazon, and its zillionaire founder Jeff Bezos, these Irish-set episodes were produced with “the support of incentices [sic] for the Irish film industry”. The outings filmed in the US are scarcely much better, with Irish director John Crowley – fresh from a commercially disastrous feature adaptation of Donna Tartt’s Pulitzer-winning The Goldfinch – making a dog’s dinner of an episode about a couple (played by Garrett Hedlund and Anna Paquin) who fall for each other after their partners have an affair.

Carney has certainly been touchy about some of the critical opprobrium Modern Love has attracted; when the Guardian review appeared under the headline “These second rate romcoms won’t win your heart”, he tweeted, “Incorrect prediction. They have totally won people’s hearts. They didn’t win YOUR heart. There’s a difference. Just saying.”

Even that dire appraisal was an improvement on season one, which The Guardian – along with The Washington Post – cruelly dismissed as “nauseating”. Seems like the romantic spark just isn’t there between Modern Love and the critics. 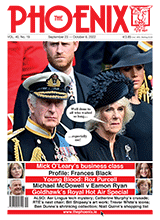